Posted on March 24, 2012 by TexasFenceSupply 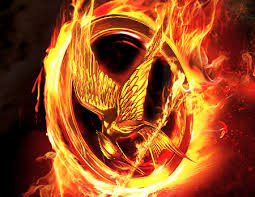 Right, so I told you guys last night that Hunger Games was AWESOME, but that I was too tired to carry on. Well the time has officially come where you can stop being mad at me, ’cause I’m about to spill my guts.

I must preface by saying that I haven’t completed the books yet. I KNOW – crazy. It’s just things have been a little intense for the past year and I made it no further than Katniss becoming a tribute. Again, I KNOW. I do have a relatively decent reason though. My sister read them all and warned me not to get too far into them unless I could finish all three at the same time – because we’re both like this – we will stay up all night reading a really good book(s) and be sleep deprived zombies until we get to the end of the story. And I just haven’t been able to afford to do that in a year – so I waited. And then the movie came out seemingly at freaking warp speed.

I think it’s a good thing though – because I usually get mad at movies for leaving out what I feel were essential points in the book. Couldn’t happen this time though, well almost didn’t happen, because I hadn’t finished it yet. There was one part in the opening though where I was like, “Now wait just a minute…when did??” But the rest of the movie was bomb diggity.

So – what can I tell you without telling you the goods?? First of all, I wasn’t sure how I felt about Jennifer Lawrence being cast as Katniss Everdeen. Now you may say I have no right to an opinion without finishing the series, but I say (a) I formed a mental image of her in my mind before the end of the first chapter  and (b) hush it; her acting could be totally sucky and way off even if she did fit your mental image. Fortunately though, neither of those things are true. She’s amazing. And perfect. I adored her. Hats off – she kicked some cinematic ass yo.

And it was fun with all the other A-listers popping up and being a total surprise to me- Woody Harrelson as Haymitch made me want to go home and pick the book back up IMMEDIATELY. And oh my WORD the pomp and circumstance and complete idiocy of the Capitol. They managed to convey it in such a way that I was actually embarrassed for anyone that was cast to play a Capitol resident. Except for Elizabeth Banks – cuz she rocked the SHIT out of it. Holy hell she cracked me UP. I think she was channeling Paris Hilton – no kidding. So super proud of her.

I gasped when the Tributes were led into the Capitol arena for the first time to be presented. I swooned over Lenny Kravitz as Cinna – seriously, there is never a time that man does not look drop dead gorgeous. And from the moment Katniss and the rest of the Tributes went up in the tubes, I was on the edge of my seat. I jumped, I squealed, I chewed my nails, I cried, I grabbed Ben’s arms, I thought about throwing my shoes at people who were talking. And at the end – when the first credits rolled – I cried out, “NO!! WHAT HAPPENS NEXT!?!?!” and Benjamin started laughing at me.

Benjamin said it moved a little too fast for him – he wanted more character development and build up to the Games themselves. Which I can understand, and I probably would have felt the same if I’d read the book – because you just get attached to your own vision of events. But I must say, from the point of view of someone that had only been introduced to the main characters – I was completely and utterly transfixed – a herd of stampeding elephants couldn’t have moved me from that theater seat. And Benjamin? Despite the minor temporal faux pas, he freakin’ loved it too.

I want to read the book. See it again. And then again with the people that I didn’t get to see it with the first and second times. Then I want to read the other two books. And I’ll read them all again before going to the midnight release of the next movie. And when the last movie comes out and they do the all-night marathon of all 3 movies in a row I will pay the $30 to go to that, after having just read all three books again. This is nearly a Harry Potter level of devotion y’all.

Go. See it. Revel in it. See it more than once. And go soon, because part of the magic is getting to hear everyone squeal, and cry, and cheer, and stand and applaud at the end. Let it invade your imaginations my friends, it’ll leave you breathless and heartbroken, exhilarated and begging for more.

Psssst, hey you…yeah, you. Guess what? I Thought This Would Be Easier has a Facebook page, and dabbles in that Twitter jazz under her super-creative pseudonym “@ITTWBEblog“. There’s also some linkys on the right that you could click to follow. Just head on up there and tap on those little guys. Got em? Awesome!!  Now I can dazzle you with random musings. Or spontaneous messages of joy. Or my most recent epic fail. Or pictures of Darth Vader on a unicycle. One of those. Lets call them “surprises”.

Texas Fence Supply is a supplier located in North Dallas; contact us for information on our wood and chain link products, as well as our modular fence system.
View all posts by TexasFenceSupply →
This entry was posted in Movies!! and tagged 2012, Benjamin, denton, friends, humor, Hunger Games, movies. Bookmark the permalink.